Nowadays Android is the most popular mobile technology present in Market with largest market share. Android has lot of free apps and paid apps for general and advanced users. Google Play is the official store to download apps.

A Java developer having good knowledge in Core Java/Java SE can easily develop Android applications/Apps.The most recent version of Android is KitKat (Android4.4). The project responsible for developing the Android system is called the Android Open Source Project (AOSP) and is primarily lead by Google.

2. Application Framework: An API which allows high-level interactions with the Android system from Android applications. It is also used by developers. Its different options are described in below diagram.

4. Linux Kernel: Communication layer for the underlying hardware. Kernal is responsible for processing system calls in central processing unit(CPU). It is managing system calls and system resources. Most of the driver applications are involved to interact with hardware system. 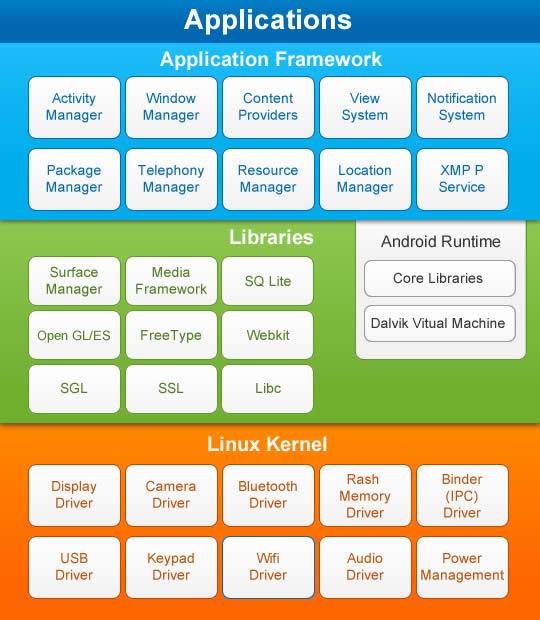 A Software Professional with extensive experience in IT industry and passionate about Java/J2EE, Spring and open source technologies. Always love to share knowledge. Please connect on

Learn from the Experts and Experience Best Practices of Software Industry